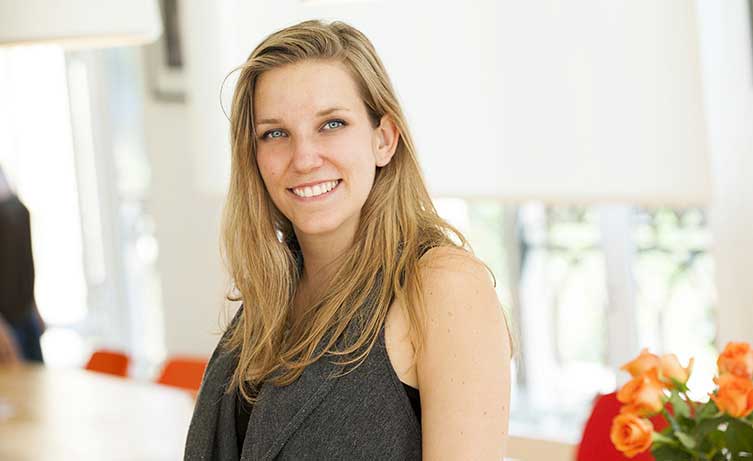 Vastari is an online plattform that brings art collectors and museum curators together. I had the opportunity to speak with Bernadine Broecker, founder and CEO of Vastari, at the Authentication in Art congress in The Hague (11.5.-13.5.2016) about her “child”, why it is interesting for collectors and her new projects.

Bernadine, how and why was the idea of Vastari born?

B.B.:  In 2011, I was working in an art gallery and at the same time my co-founder was working at the British Museum. I had encountered collectors who went to a museum exhibition and found out they owned a piece that would have been perfect for that show and they wondered why they hadn’t been approached about it. At the same time my colleague had seen a work of art in a publication and was looking for the current owner. It seems that there were the same problems from both sides.

So we decided that we needed to find a way to make these two parties speak to each other. Upon further investigation we found that the main link that connected the two were auction houses and dealers, who are never neutral.  We found that there should be an impartial entity that does this for the art world. So Vastari was born.

It is a nice idea to connect collectors and museum curators for exhibitions, but as a collector, why should I do this?

B.B.: For the curator, it is very interesting to bring in new content that hasn’t been seen in  public, because a lot of works of art are hidden in storage or in homes. Museums are, rightly or wrongly,   measured by the visitor numbers. So anything which would draw more visitors is interesting. So from the scholarly point of view, if you have new information, it is also an interesting addition to your exhibition.

From the collector’s point of view, the most straightforward answer is that it increases the value of the work of art. The more eyes see it and the more it is written about, the better it is. That could be seen as a conflict of interest, we are helping people increase the value of their works of art. But actually we think we do the opposite, we think we are democratizing it: We are making it possible for any collector to speak to any curator rather than the curator having access to a limited amount of collectors who happen to be in the circles that know about the museum exhibition beforehand. If you are offering that added value to the whole world, you are working more democratically than in the current system.

There are still many collectors who are very conservative and the last thing they would do is to show their works of art on an electronic platform. If I were such a collector, how would you convince me to upload my artworks onto your platform?

B.B.: I think that is very difficult. And my first answer would be that we wouldn’t try to convince you. We would try to have someone else try to convince you who had had a good experience with Vastari. If you hear it from a friend rather than from us, it is more likely that you will trust us. So word of mouth is really important for us.  But what we have done to reassure the collectors is that the system has been created in a way that the works of art are registered anonymously, no one will know that this Picasso is owned by you, also they won’t know that this Picasso is in the same collection as the Magritte which is also on the system.  Both paintings are completely disconnected from each other. They only show up in the search results, with the button that says “contact the current owner”.  There is no e-mail address (or other data) shown. The message is sent directly to our system and the collector can decide whether to respond or not, you can decide if you want to work with them, you can negotiate the loan, all anonymously at first.

Are there some artworks you wouldn’t accept on your platform?

B.B.: This is a really tough question. One of the first blog entries that was written about us is “Is this the end of the curator?”, because suddenly you have access to all these works of art. We don’t want to replace a curator. A curator still has to look at the works and figure out if they think they are authentic enough to be included, if they think they have the right quality, if they think they are the pieces they are looking for. And they will without doubt sometimes go and see the artwork itself to verify if it is what they think it is. So we are not taking away that role.

However, we also don’t want to overflow the system, so we have to be a little bit careful. First, if we see that a work of art is definitively not museum-worthy, we will remove it and we will explain it to the collector. That would usually include works by artists who have never exhibited in a museum or which have never been sold in an auction, so very, very emerging work, or works that are maybe not of a high quality. But it is a really difficult decision because we have, for example, a really interesting  collection that comes from the former Soviet Union and I wouldn’t say that the pieces are all of the best quality, but if someone was to do an exhibition about the former Soviet Union, they might find that interesting.

As we are on the “authentication in art” conference:  Does provenance or the issue of fakes matter to you?

B.B.: We have noticed in the past four years that works which get requested are the ones with the best records. So clearly, provenance and  literary references are very important. But it is not a mandatory field. If the collector decides to post only a title and a photo, it is his decision. We are exploring how new technologies could help us to provide incentives to collectors to have better records of their works of art, while still keeping it very safe, because that is our main goal. We don’t want any liability for the information beheld and we want to remain neutral.

I would definitively say that the curators know what is real and what is fake.  It is the same way in which they wouldn’t grab something from an auction which isn’t correct. You can tell by the record, by the correspondence with the collector etc wether the work is authentic or if this work is disputed .

Let’talk about the costs: How does Vastari earn its living?

B.B. It is a question we had to think about a lot, because we want to be neutral and we want to be transparent.  We don’t want to incentivize to show only works by Modigliani, but also works by Henri Martin. We want both artists to be equally as important. What we do is that we charge a flat fee for collectors: Anyone can upload up to 5 works of art for free annually. If you inherited works of art from your grandmother and you want to have those in a museum you can upload them. If you want to upload a very massive collection, we do charge you a fee.

B.B. It is really exciting at the moment, actually. Next month we are going to launch a museum database,  we have information about more than 3.500 Museums in the world, and we want to start allowing those museums to write even more information about themselves which will then be accessible to other museums on the platform. So let’s say you are a museum in Munich which is thinking about working with a Museum in Nanjing, you can actually research who the museum in Nanjing is, what kind of business model they have and what they find important.

Exactly. We want to open the discussion, even if there isn’t an exhibition. What we are going to launch is what is called “Vastari Professionals”, which is for individuals who are maybe not in a museum, or maybe they are in a museum but are working in their private capacity, to be able to have their own account and approach the collectors themselves about what they might be writing about, about the research that they are doing, or even offering their services for cataloguing, restoration or that sort of thing. We want curators and professionals to describe their own expertise. We know some curators who might currently be the curator of European paintings at a museum of the United States, but their passion is arms and armor from Asia. And we want that collector of arms and armor from Asia to find that curator to talk to each other.

Bernadine, I thank you very much for your time.